Google Fonts and Adobe Edge Web Fonts have made websites more interesting and engaging with the multitude of open source fonts, but the more fonts used, the slower a website loads. To compensate for this, web fonts are usually modified and compressed. Brick means to change this with their motto, “Webfonts that actually look good.” They serve fonts in WOFF format that are clones of the originals. It also helps that they are served through Fastly’s CDN and supported by Linode. 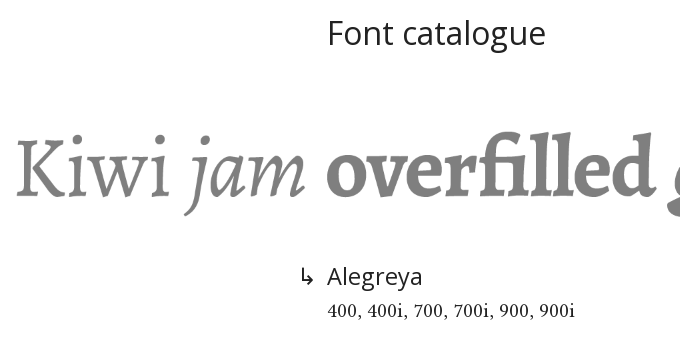 Currently there is only a subset of the available open source web fonts at Brick; you can preview them in the font catalogue. A URL builder is planned which will make using them easier.

How to Use Brick Fonts

The general format to add the font stylesheet is:

The stylesheet link would be:

Note that you use the font name, as listed in the catalogue, with a + between words in the font name. There is a / to separate the different fonts, and the weights are listed after a colon after each font name.

How to Use Brick Webfonts in WordPress

In WordPress, it’s best to enqueue the web font stylesheet in your functions.php. You would add this:

How to Add the Font CSS to Your Child Theme

Now you can add the CSS to your child theme styles.css.

Note that the font name in the stylesheet is as listed in the catalogue, but with quotes around it.

There are many choices for using open source web fonts to add interest to your WordPress website.

You can have a beautiful, hardworking website for your small business.

Tell me about your website project for a personalized solution!